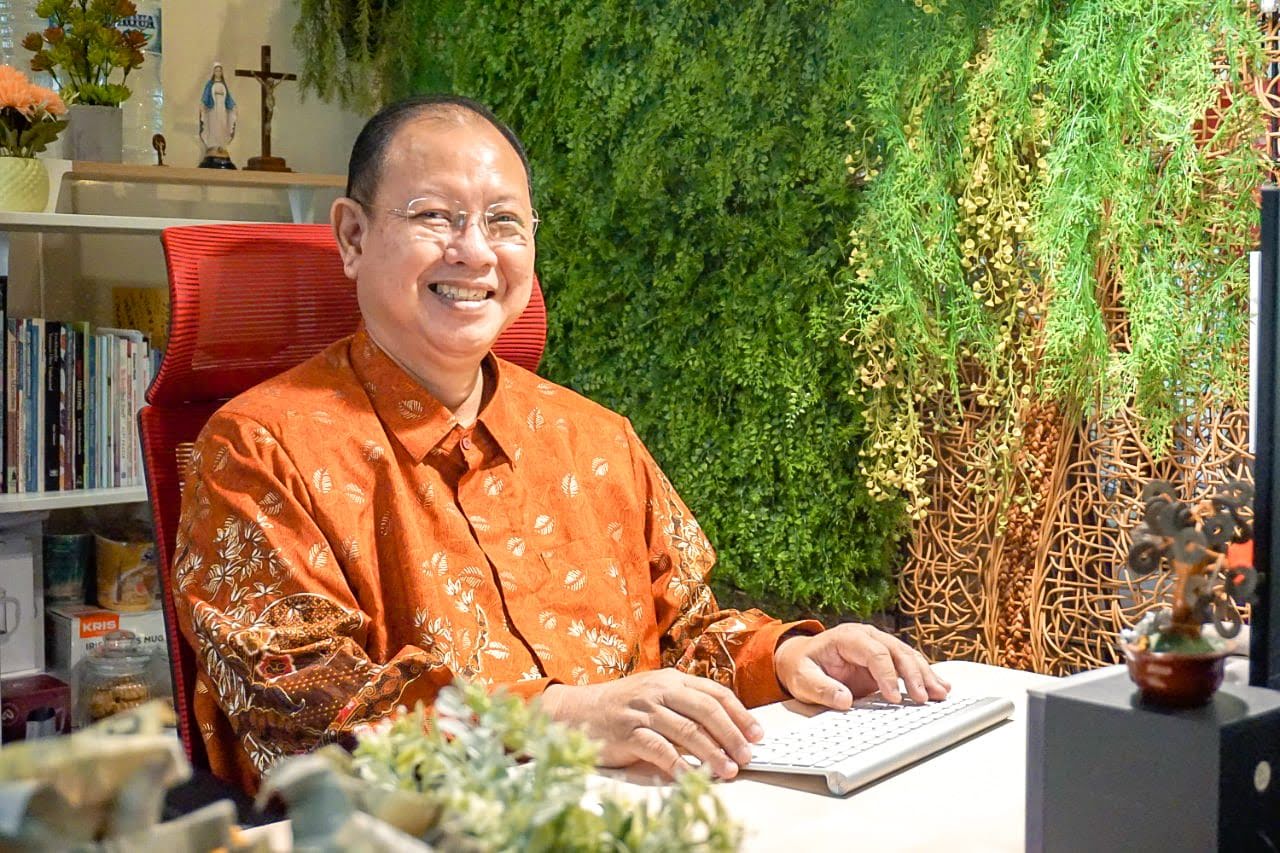 YPK mourns the passing of their beloved Founder and Leader Purnawan Budisetia aged 62 in the early hours of Tuesday 27th September 2022.

For the past twenty years Pak Purnawan was active and committed in developing YPK into the main organisation in Bali to provide services and programs to people with physical disabilities.

Pak Purnawan will remain in our heart, for ever remembered as his legacy of YPK Bali lives on.

Purnawan Budisetia is the Founder of Yayasan Peduli Kemanusiaan (YPK) Bali. Since its inception in 2001, Purnawan has grown YPK Bali into an impactful non-for-profit organisation dedicated to providing rehabilitation services and educational support to the Balinese people. He took the selfless steps to create a volunteer movement upon witnessing extreme disadvantages in his community. Pak Purnawan’s mission was to provide accessible health and education services to people with a physical disability. The inaccessibility to quality public healthcare was absent so Pak Purnawan committed his life’s work to providing vital services to this disadvantaged groups.

The deep commitment to promoting equity among the community was at the heart of Pak Purnawan’s aspiration to provide comprehensive and tailored support to people living with a physical disability. Today, YPK Bali has aided over 60,000 people. Transforming and enhancing the lives of individuals is YPK’s motivation and lifelong objective.

In the beginning, as a teacher at a Framing School in Central Java, Pak Purnawan left his position in 1990 and moved to Bali to join a non for profit organisation helping thousands of farmers and small traders in the local markets to develop their business through a micro finance scheme.

Committed to working in non for profit organisations which spanned over 30 year, Pak Purnawan specialised in Micro Enterprise Development, Community and Humanity Development. He participated in the National and International social project competition, including being named the Development Marketplace winner by the World Bank in 2005 and was a finalist in Washington DC in 2008.

In 2014 Pak Purnawan was selected as an Ashoka Fellow. This is the largest social entrepreneurship association for innovators for the public in the United States. Ashoka selects world-class social entrepreneurs who are leading the way for an everyone-a-changemaker movement.

In 2019 YPK Bali became the recipient of the Highest Award from the Indonesian Government as the First Winner of Social Pillars Selection and Orientation, Bali Provincial Level 2019. YPK received the award for The Best INDONESIAN EXEMPLARY FOUNDATION 2019, the highest ranked exemplary foundation in Indonesia. Until 2021, Pak Purnawan led YPK Bali to receive the best “A” predicate for the Indonesian Social Welfare Accreditation and coordinated 7 other foundations that has taken Bali as the third rank of the most active province in tackling the pandemic Covid-19.

Pak Purnawan then transitioned his roles by the end of 2021 where his assistant of 12 years Wahyuni Andhityawati took over his role as organisational development coordinator. However, he remained at the forefront of YPK Bali.

Pak Purnawan held a Bachelor in Agronomy from Satya Wacana University in Salatiga – Central Java and a Master’s in Business Administration from Warnborough University – UK administrated by TotalWin Institute of Management in Yogyakarta.

What drove you to establish YPK Bali?

“My colleague, the late dr. Jonathan Mulia showed me the condition of the people with disabilities in Bali, especially disadvantaged people in the community…. at the time we saw a lady who could not use her right hand to do her work. You see, poor people in Bali do not have access to rehabilitation because clinics are expensive. From that moment he asked, “Can you help me to build a foundation?”. Fortunately, I had some skills from my past experience. We started YPK Bali in 2001, and then we started the first YPK Bali project in 2002. As of now, I am the founder and am not majorly involved in daily operations. In 2007, dr. Jonathan Mulia passed away and I took over the management in 2007 and we started from zero again. In 2009 we started the education program and in 2010 we started the mobile clinic. Two years after that, we began the hearing impairment program. From 2007 until 2010 (YPK) did not have support… Inspirasia Foundation is our biggest support, who we have worked with since 2010. During the beginnings of YPK Bali, we did a lot of promotion and marketing and started working with clients. We began with 100 clients for 5-6 years, but after we were supported by the Inspirasia Foundation our client base increased dramatically.”

Could you elaborate on what a day in the life of a Director at YPK Bali entails?

“Our daily operations include looking for donors, and I work closely with our chairwoman to look for new clients. I have a good team that fully supports me and our day-today responsibilities. Given that this is my last year in management, I am training people to take over. I tried to find three people to replace me who will become the core team at YPK. What I want is a solid team for YPK in the future.”

In your opinion, what do you believe differentiates YPK from other not-for-profit organisations?

“Other not-for-profits work to get funding and make salaries. The many small NGOs…fail to build focus on the needs of their community. You know as Mother Teresa said? “Do a little thing with great love” … that is our motivation. We are doing things, not big things, but we do them from the heart. That is why from 2001 until now, our motivation has remained unchanged.”

What are YPK’s long-term goals?

“We have a 5-year strategy plan. Our dream is to become independent. We want to grow, improve our skills, management, operations, and funding. We hope that what we have achieved at YPK will allow our organisation to be independent.”

Do you think that a virtual platform will become a part of YPK’s long term operational activities?

“Yes. We need to have good preparation for future events. For instance, there are many online events that exist for people with disabilities. What I want is to help people to enjoy the events YPK hosts, we want people to support us. We want to keep our professionalism in these uncertain times.”

How do you promote YPK in the community?

“Word of mouth is the best promotion. We still use online promotion and flyers. I have a plan to promote fundraising in a singular package, so people can see what YPK does, how we educate children and rehabilitate them. We also want to promote the mobile clinic and implement a ‘social tour’ of YPK Bali. But it’s also about promoting positive practices.”

How do you feel about transitioning to a new role?

“Good. It has been in my plans for a long time. When I recall 2010, I had the most control in the operations at YPK. When I see YPK growing … and that we are needed by the community, I think it’s good that what I have developed can continue to help people. YPK is still growing for the community.”

What would you say gives you the most pride in your job?

“It’s difficult to explain in words. I feel so happy when I can help a person … people. When I see the person that I helped to get better, or to walk again, there is happiness and satisfaction … that is something that money can’t do or change. I work because it’s something I am rewarded for, not in terms of money, but I feel great in my heart. I see people getting better and being cared for. It’s a feeling.”

What are YPK’s upcoming projects in the near future?

“We have had challenges since the pandemic and working from home. Our team has planned to focus on fundraising … I doubt events will continue like they have in the past. Usually we have music, concerts and celebrations. In YPK, per-se, we will try to still hold modest events … but we are trying to keep routine fundraising events happening in order to support our dream.”

How would you describe your work culture?

“YPK is a family. I always say, “my friends” not “my staff”. YPK promotes the tools for people to develop their personalities and their futures … employees have the opportunities to develop themselves. We always support each other, that is why after my friends leave YPK they still keep in contact. We all want to help, that is the difference.” 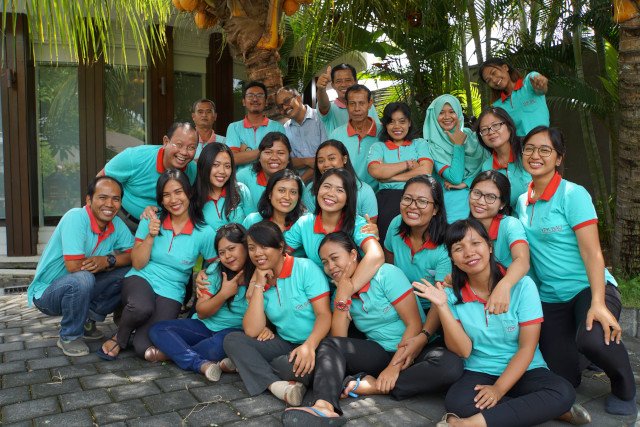 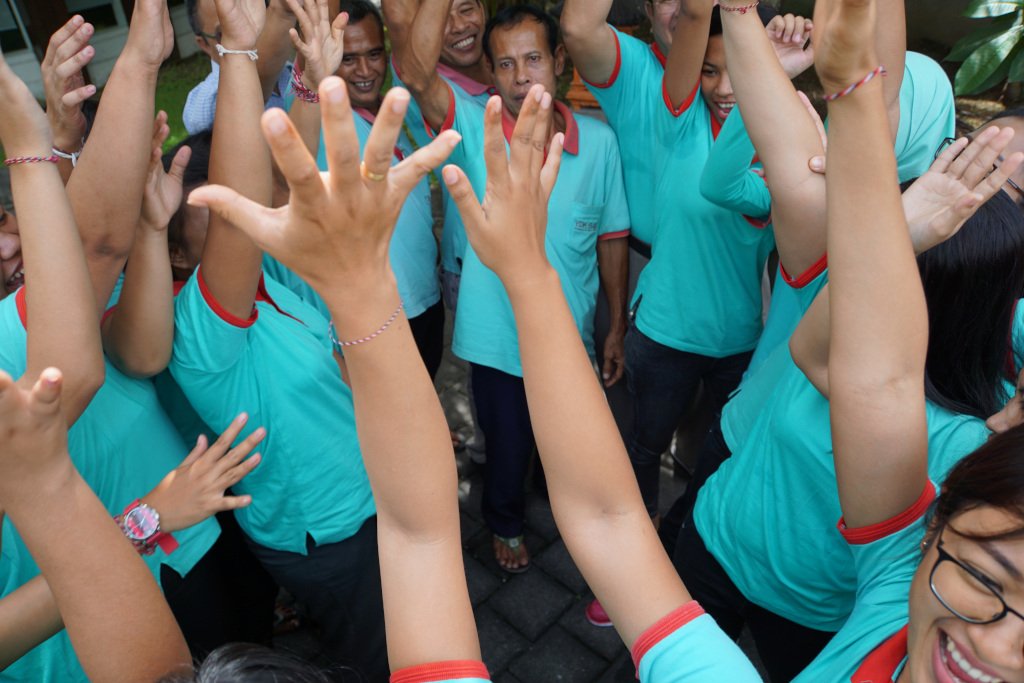 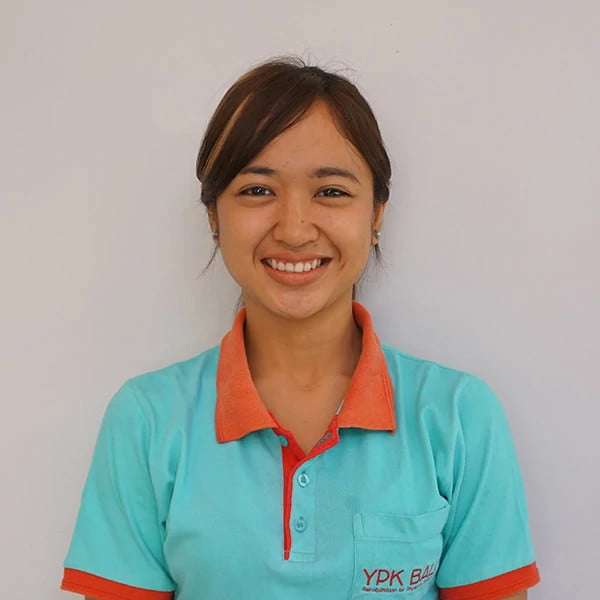 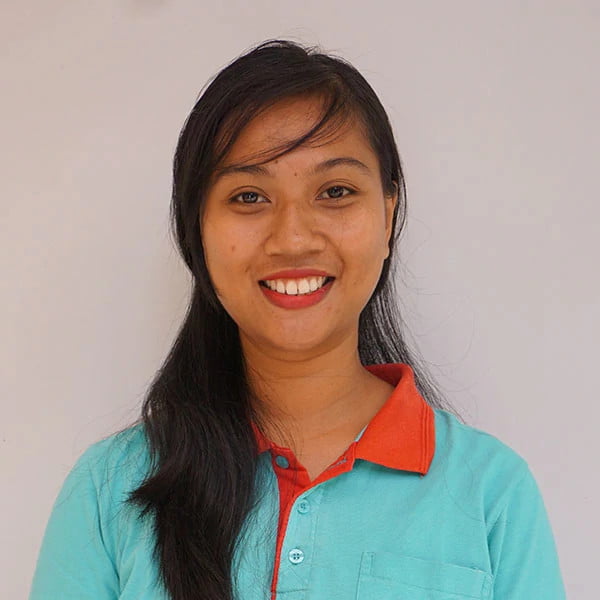 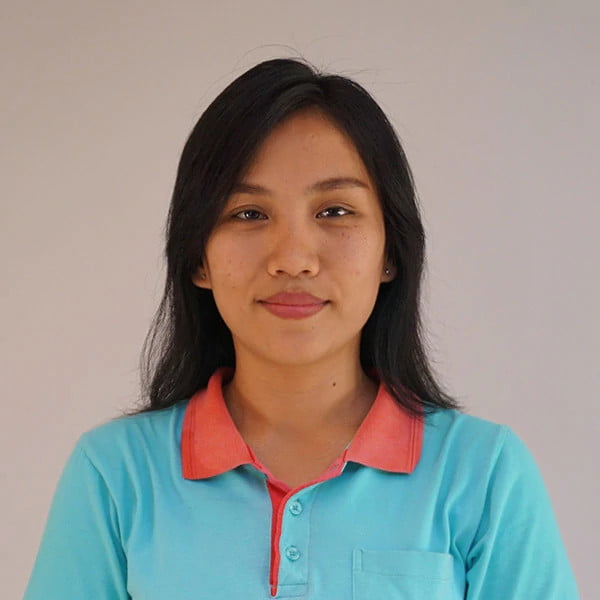 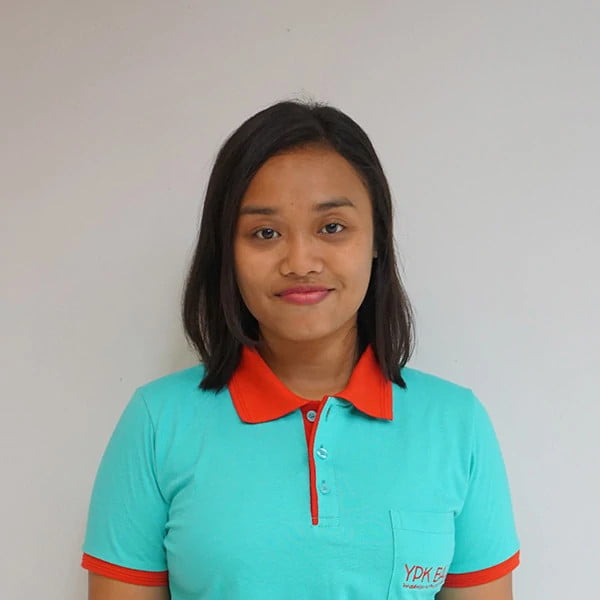 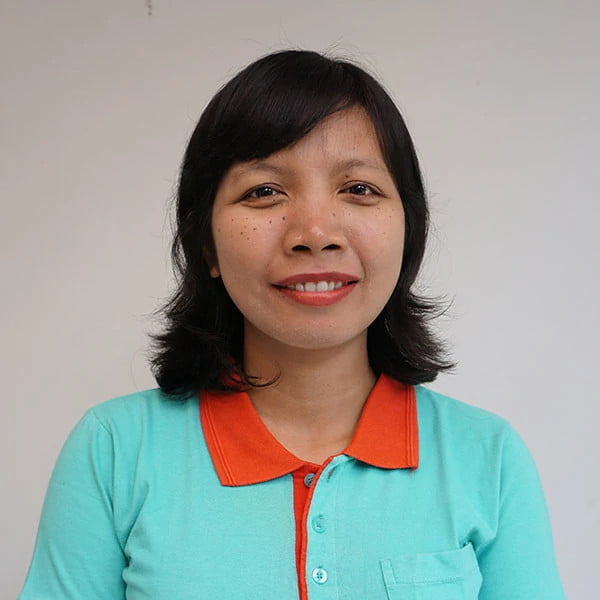 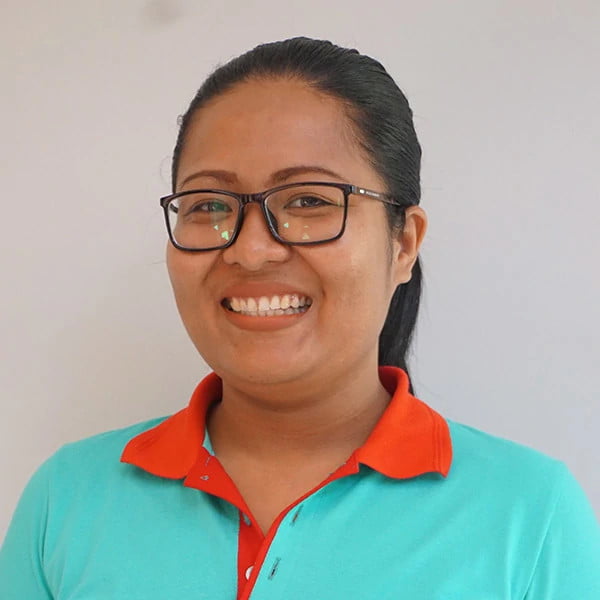 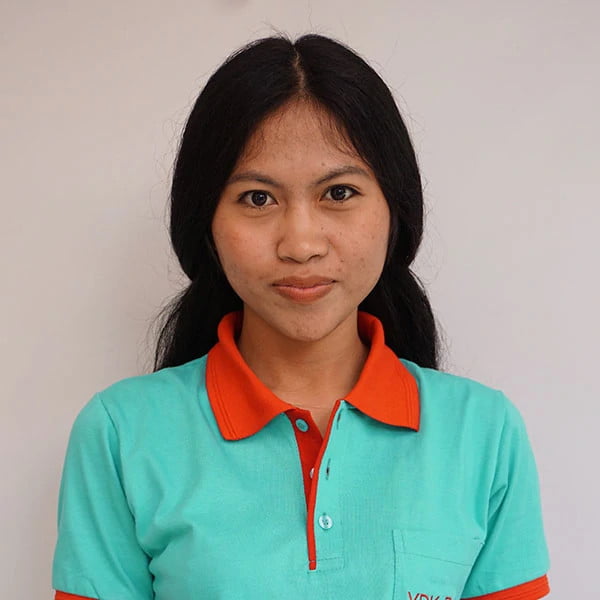 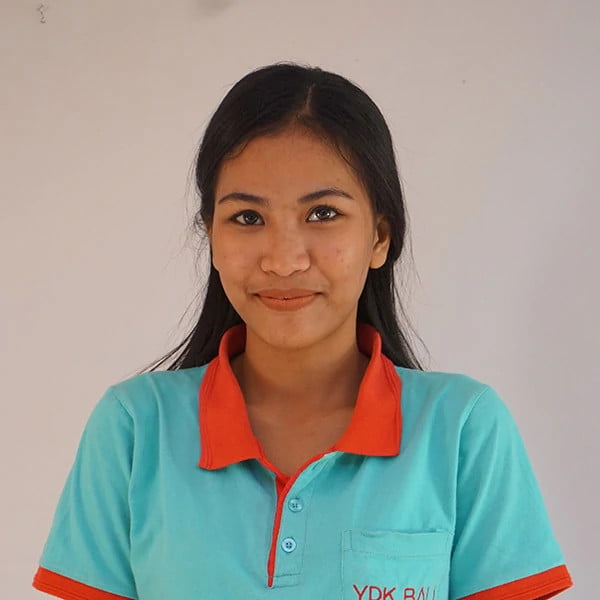 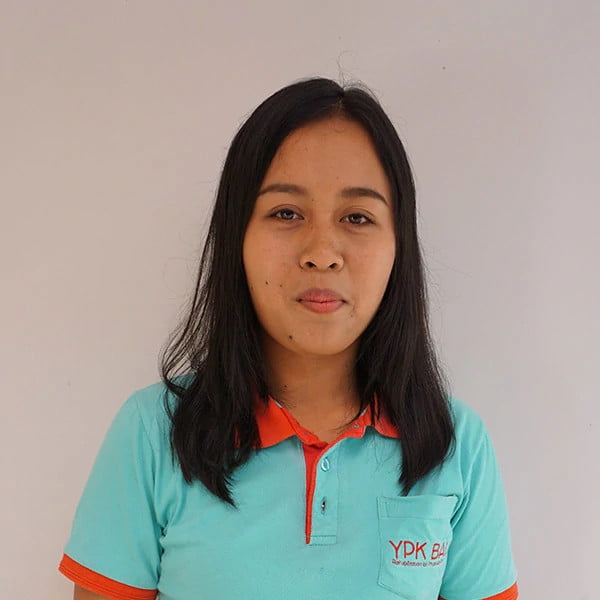 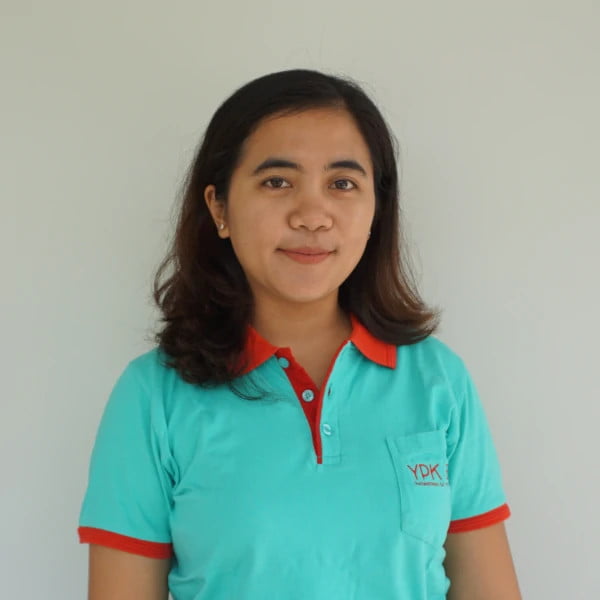 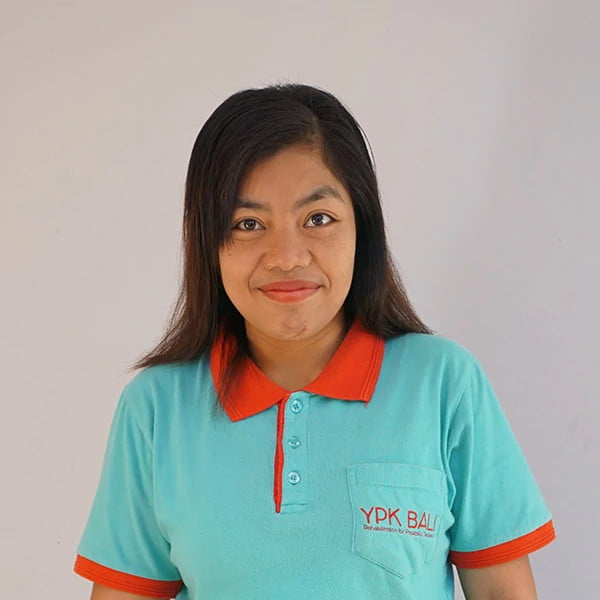 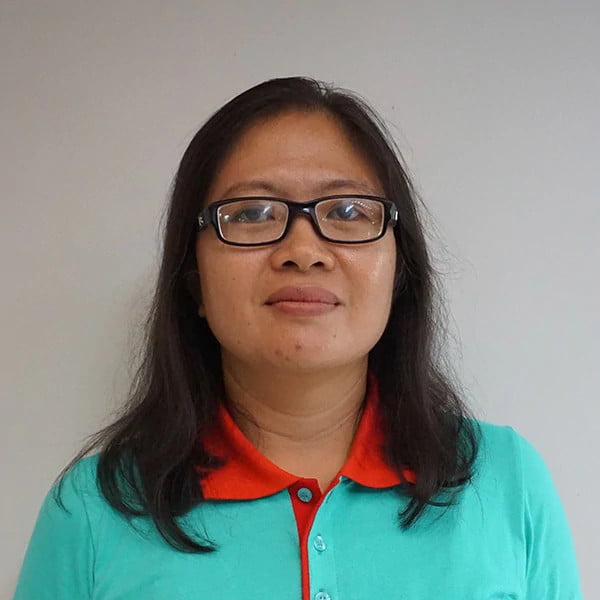 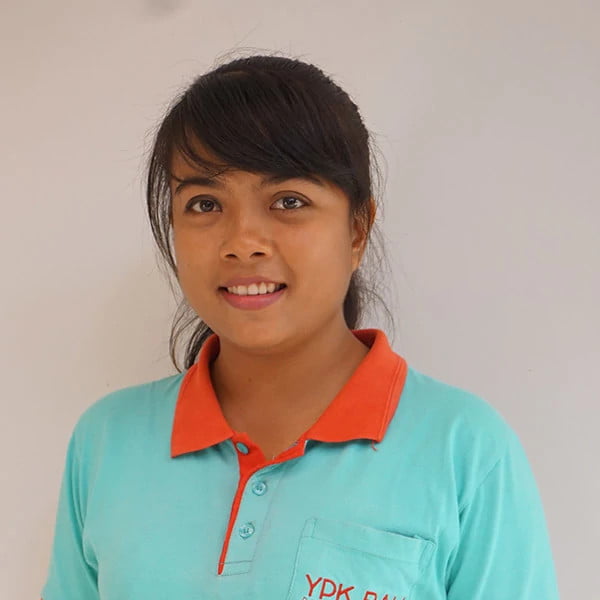 I Nyoman Sudiana- IT & Support 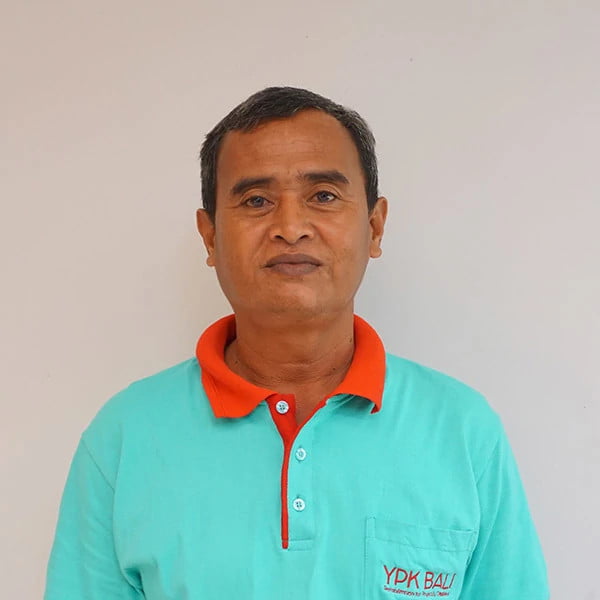 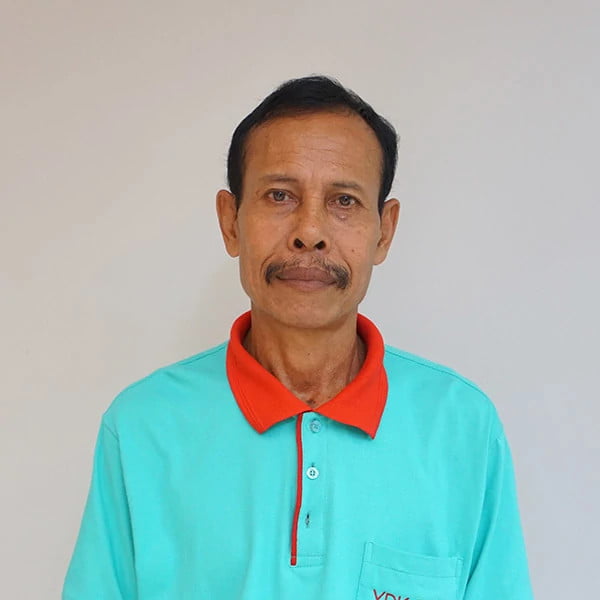 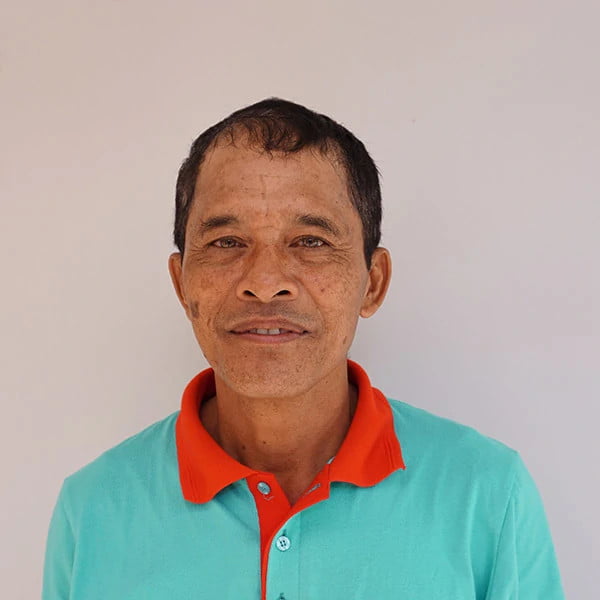 Yayasan Peduli Kemanusiaan (YPK) Bali is a non-for-profit organisation which was founded in 2001 to provide rehabilitation for Balinese people who have a disability, and who are unable to access formal health care facilities.